Posted at 06:50h in Latest News by Alex
Share

Antarctica Travel Centre is pleased to be an ongoing supporter of the South Georgia Heritage Trust;
Here you’ll find out about the important work the Trust puts donations towards.

Preserving the island’s past and creating a better future for South Georgia The South Georgia Heritage Trust (SGHT) was established in 2005 to raise funds to support its two primary purposes:

To assist efforts to preserve the historical heritage of South Georgia, including selected historical sites of importance, and increase international awareness of the human history of the island through the South Georgia Museum.

SGHT seeks to enable projects that contribute to the conservation and protection of the island’s natural habitat. The groundbreaking SGHT Habitat Restoration Project will see the eradication of invasive rodents from South Georgia. Restoring the island’s habitat used by its threatened bird species for breeding will help to save South Georgia’s native birds from extinction and increase by millions the numbers of endangered seabirds that live there. Importantly, the Project will help to increase international awareness of South Georgia and its threatened species.

Preserving the rich historical heritage of South Georgia is a priority for SGHT, ensuring that artefacts from the island’s sealing and whaling industries are conserved to illustrate the lessons to be learned from this period of history. The Norwegian branch of SGHT has played a important role in raising funds and undertook the restoration of the whaling manager’s villa at Husvik, completing the work early in 2008. Scientists and expeditions now use the villa as a base for research and exploration of the island’s interior. 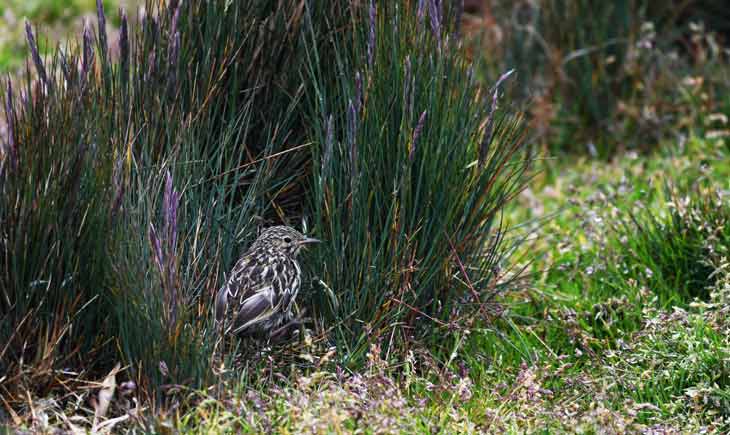 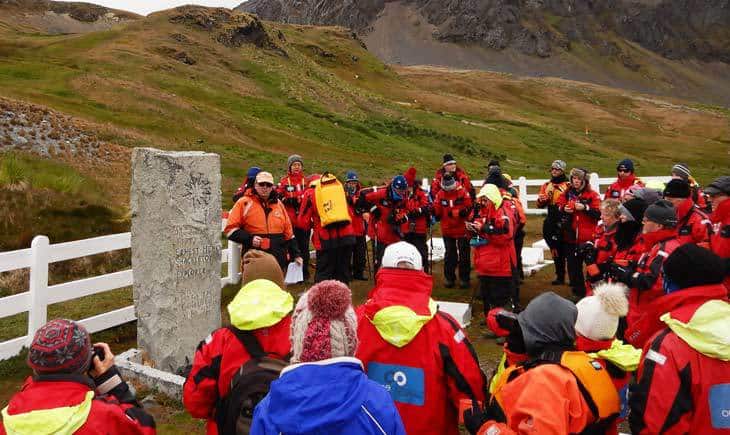 In addition, SGHT has played a pivotal role in preserving the heritage of Sir Ernest Shackleton’s connection with South Georgia. SGHT staff at South Georgia Museum maintain Shackleton’s grave, which is found in the cemetery next to the whaling station at Grytviken. A replica of the James Caird, the lifeboat used by Shackleton and five of his men to traverse the Southern Ocean from Elephant Island to South Georgia, was purchased by SGHT and brought to the island, where it is now a much-visited exhibit in the new Carr Maritime Gallery at the South Georgia Museum. 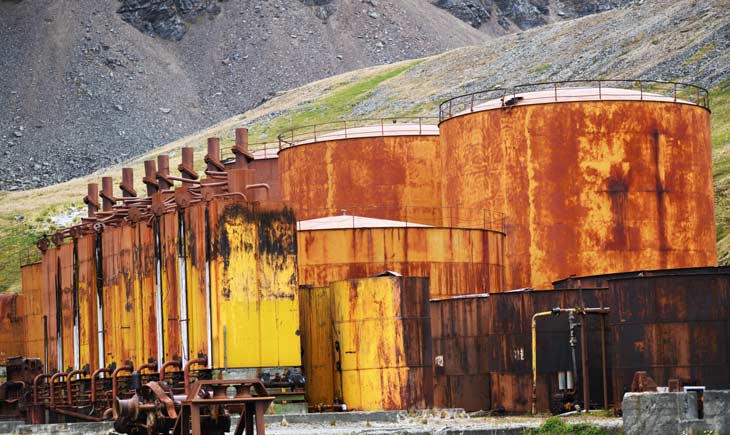 Restoring South Georgia for its endemic and native species

The introduction and spread of Norway brown rats and mice to South Georgia in the late 18th century devastated the island’s bird populations for the next two centuries. Rodents were predating nests along the north coast and threatened to penetrate the few remaining rat-free areas of South Georgia. SGHT’s groundbreaking Habitat Restoration Project aims to save the island’s native habitat by eradicating rodents from the entire island.

The impact of rodents on South Georgia

The arrival of rats and other rodents on South Georgia as stowaways on sealing and whaling ships had a catastrophic effect on the island’s native bird populations. Rats eat the eggs and chicks of many ground-nesting bird species. As a result, the main island had been all but abandoned by the storm petrels, prions, diving petrels and blue petrels that once nested there.

The endemic South Georgia Pipit once bred throughout the island. Now it is listed as near-threatened. Before SGHT’s Habitat Restoration project its breeding was confined to rodent-free offshore islands and islets, and the few remaining main-island areas that are protected from rodent invasion by sea-level glaciers.