Easter Island (Rapa Nui) is a remote volcanic speck in the middle of the Pacific Ocean, 3,800km west of the coast of Chile. The origins of the island’s past inhabitants are still an enigma and all that remains of their culture is the extraordinary spectacle of giant stone statues (moai) scattered across the slopes of the quarry site on Rano Raraku Volcano. Curiously, the mysterious ancient stonework at the many different sites includes a wall that is strikingly similar to those built by the Incas in Peru. Easter Island will provide a truly memorable stopover on your way to or from Santiago. 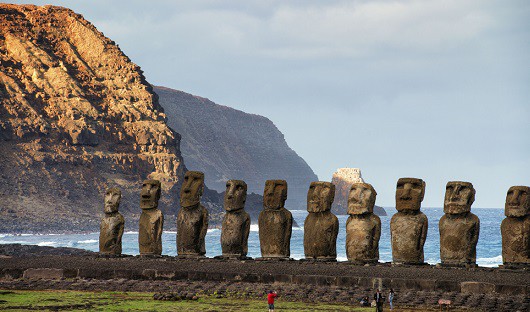 Highlights
A Selection of Properties 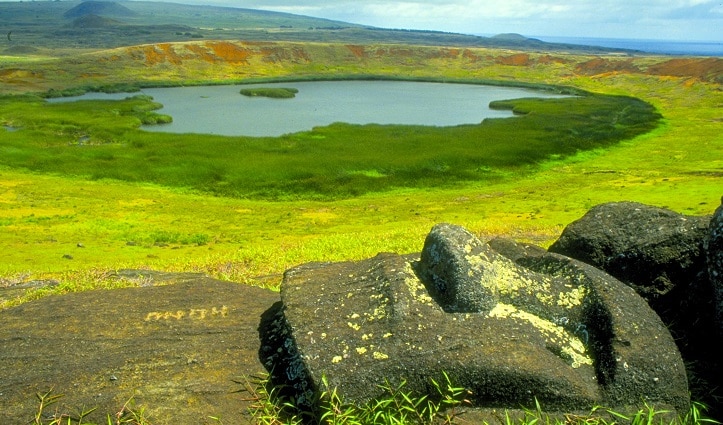 Way out in the Pacific Ocean, 3,500km (a five hour flight) west of Santiago, lies a remote speck known as Easter Island (Rapa Nui) or, in Spanish, Isla de Pascua. This irregularly shaped volcanic island (160km2) with its powerful rugged beauty, enigmatic stone-carved figures, its mysteries and traditions, as well as the warmth and friendliness of the local people, provides a fascinating stopover. The island’s year-round climate is pleasant with an average temperature of 20-25C.

Your time here would include:

Hanga Te’e where you will be able to view a variety of toppled Moai of Ahu Vaihu. On the way to the next stop we pass several moais lying along the road indicating the “Camino de los Moais” (trail where Moais were moved).

At Rano Raraku (the quarry where most of the moais were sculpted) have a picnic lunch, and start walking up to the Rano Raraku volcano. The next highlight is the restored giant Ahu Tongariki and its 15 moais. Continue to the beach of Anakena. The white sandy beach with coconut palm trees invites you to rest in the sand and swim in the warm Pacific water.

A SELECTION OF PROPERTIES 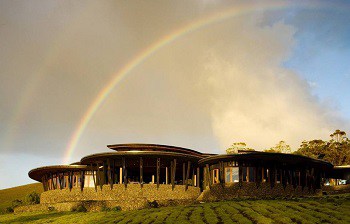 The Explora Rapa Nui is set high up on the south-eastern side of the island. This eco-friendly lodge follow the folds of the earth. Constructed of dark volcanic stone, pale wood and glass, with clay slate roofs, all chosen to emulate the natural surroundings, it features high ceilings, enclosed and open areas, and large linked oval skylights that follow the path of the sun as it passes over the hotel. 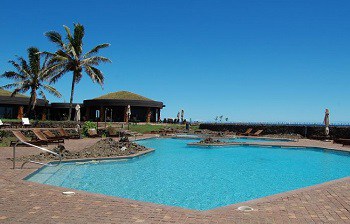 Situated a few minutes walk from the main village of Hanga Roa with a wonderful view over a stunning bay.  The reception and lounge area is based on the ancestral “boat house”, a building that is shaped like a boat set reversely, as seen in the stone ruins of the island.
The hotel is beautifully decorated with locally made and inspired objects. 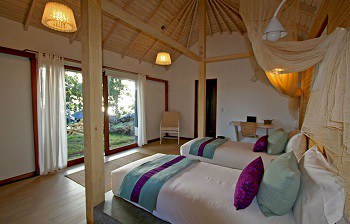 The Altiplanico Easter Island offers a panoramic view of the shoreline of one of the world’s most isolated islands. The hotel is designed in the style of the traditional Easter Island boathouse, with luxurious gardens, a beautiful swimming pool viewing the sea and large open spaces to relax after a day of exploring the mysterious statues that have made the island so famous.

Decorated with parquet floors and gabled roofs, the rooms at have private terraces affording sea views and all have fans and private bathrooms.

Plan My Trip
Call us today to discuss your holiday to Antarctica, The Falkland Islands or South Georgia