Introduction to the Sub Antarctic Islands

Located in the remote southern ocean (south of New Zealand) lie the untouched, rugged and wild paradise of Australia’s and New Zealand’s Sub Antarctic Islands. Commonly referred to as the ‘Galapagos of the Southern Ocean’ from the moment you set foot on the first island, it won’t take you long to realise why. Often overlooked or forgotten as a cruising destination, these islands are home to an abundance of wildlife – some not found anywhere else in the world along with an eccentric combination of flora and fauna.

Drop anchor near Campbell Island, where Southern Right Whales come to calve and Campbell Island Shags and Light-mantled Sooty Albatross roam the skies. Experience the abundance of wildlife on Macquarie Island, home to thousands of seals and millions of penguins along with many species of birds, plants and invertebrates found no where else in the world. Have the privilege of exploring the strictly regulated New Zealand Sub Antarctic islands and their surrounding waters which have the highest level of protection of conservation status from the New Zealand government. The area is considered to be “bird central” by top ornithologists from around the world.

What seem to be just specks of land in the Southern Ocean are all deemed UNESCO World Heritage sites and protected by both Australia and New Zealand for their committed wildlife refuges. These islands can be visited on board a cruise just on their own or on the way to the Ross Sea region of Antarctica. There is a strict management plan for the conservation and protection of the islands, which restricts the number of people allowed on shore each year. If you set foot on one of these wild islands know that you are one of the lucky few for the season. Contact us today to find out how you can visit these rugged and untouched wildlife and environmental sanctuaries.

Highlights
A Selection of ships

Bird lovers are in for a real treat with the islands contending for the ‘seabird capital of the world’. There have been 40 types of seabirds recorded as breeding across the islands and over 120 observed. When breeding season is in full swing, millions of birds find their way to the islands. A minimum of 15 bird species on the islands are found no where else on earth and some species have survived in the Sub Antarctic region after predators had entirely wiped them out from the mainland of New Zealand. There have been ten species of penguins recorded throughout the islands, with four of them confirmed as breeding there, including the yellow-eyed penguin and three species of crested penguins.

Out of the worlds populations of petrels, shearwater, fulmars and prions- 30% of them breed on the land of New Zealand’s Sub Antarctic islands. 10 of the world’s 22 species of Albatross occupy the islands, including three different great albatrosses which can have a wing span of over 3.3 metres. Each of the cormorants found in the area are endemic to their own island group. Most notably the Bounty Island shag, the rarest of all cormorants with a population of less than 600. 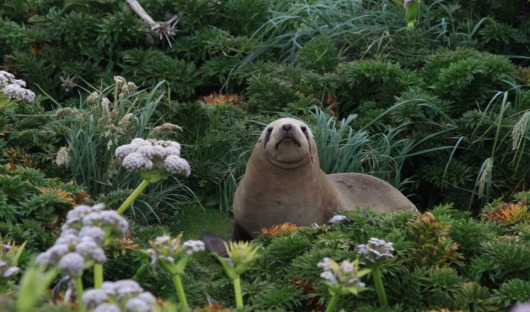 The wildilfe extravaganza doesn’t stop with just birds- the New Zealand sea lion’s populate Auckland Island and are considered one of the rarest seal lion species in the world and as they can only be found in the New Zealand region.  Fur Seals, after almost being wiped out of the area by sealers in the 19th century have increased their population to more than 50,000 throughout the islands. Both the Southern elephant seal and Leopard seal are frequent visitors to the islands along with southern right whales swimming throughout the islands surrounding waters. 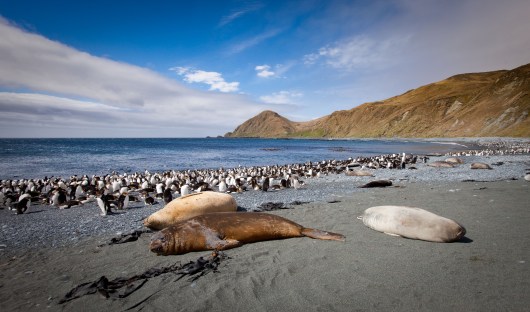 Situated half way between Australia and New Zealand, Macquarie Island is a place which has outstanding geological and natural significance on a world-wide scale. The importance of this beautiful Island was realised early on, being proclaimed a wildlife sanctuary back in 1933. What makes Macquarie Island so geologically unique is the fact that it is the only place on Earth where the rock that forms the island has been pushed up from the ocean floor to its 3000 metre tall standing today. The island is 34 kilometres long and 5 kilometres at it’s widest point, making it somewhat cramped for all of it’s chatty residents. Approximately 3.5 million seabirds arrive each year accompanied by around 80,000 elephant seals. The island is home to 100,000 breeding pairs of King Penguins, making it the third largest colony in the world. There are also the endemic royal penguins, the only pacific dwelling Gentoo penguins and rockhopper penguins residing on Macquarie Island. Fur seals, antarctic, sub-antarctic and New Zealand fur seals all breed on the Island. A nine year, 25 million dollar project saw the eradication of rabbits and rodents from the island, which was thankfully, for the islands local residents, successful. It is now considered one of the most remarkable conservation stories of Australia, if not the world. 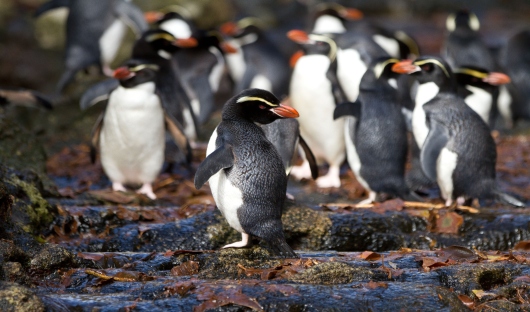 The northernmost of New Zealand’s Sub Antarctic islands, Snares Islands, is home to some of the most untouched, pristine wildlife and scenery in the world. Land mammals have never been introduced on the Snares, making it a busy breeding ground for local birds, marine mammals and invertebrates. Shearwaters, petrels and the endemic Snares Crested Penguins are abundant on the islands, along with four albatross species listed as breeding here. New Zealand fur seals breed on the shore and the New Zealand sea lions have been known to pop in for a visit. There are also several unique invertebrates including a species of weevil, that can only be found on the one species of plant in the whole world. Unique plants are in abundance on these islands, which takes up an approximate 840 acres. 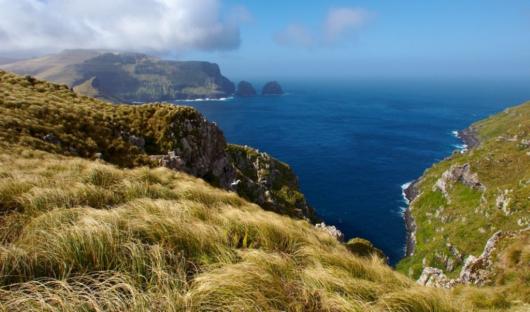 Although for 215 days of the year Campbell Island only receives one hour of sunshine per day, it should not be held against it. As the only permanently inhabited island of the Sub Antarctic region, Campbell Island has an interesting history. In 1895, the New Zealand government thought it was feasible to use the island as farmland and although it was tried and tested many farmers were unable to bear the remoteness of the island and left. The then mayor of Gisborne advertised the island as a place for whaling and for 7 years hunters came for the rare and now protected southern right whales. The only evidence now of the once farming land is the 1100 sheep which are restricted to certain areas of the island. The desolateness of the island is also proven by what the Guinness World Record’s has awarded as the “loneliest tree on earth”. But the baron land is made famous by the megaherbs that grow throughout the island during summer, which colours can be seen up to 2 kilometres from shore.

A SELECTION OF SHIPS

The Spirit of Enderby, built in 1984 for polar and oceanographic research is perfect for expedition style travel. Carrying only 50 passengers, it is a fully ice-strengthened ship purpose built for these waters. Last refurbished in March 2013, this expedition style ship has simple twin share cabins all which have outside windows or portholes, half of which have private facilities and ample storage facilities. There is a combined bar/lounge area and a dedicated lecture room with many opportunities to learn about the things you are discovering from their team of on board experts. The focus of being on the Spirit of Enderby is to enable it’s guests to get onto shore as often as possible, for as long as possible with maximum safety and comfort.

The Greg Mortimer commenced her first season in November 2019, she is purpose built, polar expedition vessel designed in close consultation with Antarctic expedition specialists and is the first expedition cruise ship designed with the ULSTEIN X-BOW hull.    This cutting edge nautical technology allows for gentle travel and motion at sea, improved comfort and safety on-board, reduced vibrations, lower fuel consumption, lower air emissions and virtual anchoring which means the ship can float anchor-less while launching the Zodiacs without disturbing delicate sea floor areas. There are four sea-level launching platforms for fast and efficient access to and from Zodiacs.

Up to 132 guests will be accommodated in staterooms all with en-suite facilities. The ship has custom-built hydraulic platforms offering guests unobstructed views, a dedicated activity platform and an indoor observation lounge with unobstructed panoramic views. The outdoor top deck allows for 360 degree views.

The Greg Mortimer will set a new level in luxury and expedition cruising focusing on multiple landings, flexible itineraries and environmental sensitivity.

Sorry, no posts matched your criteria. 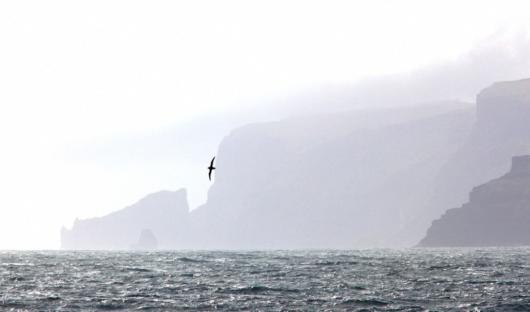 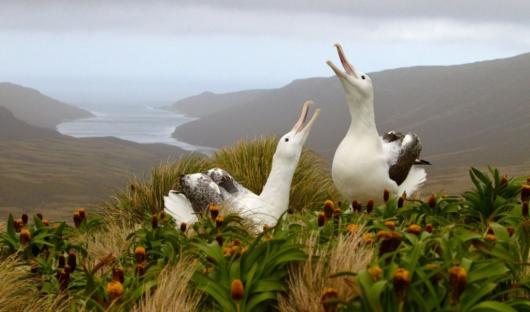 Galapagos of the Southern Ocean 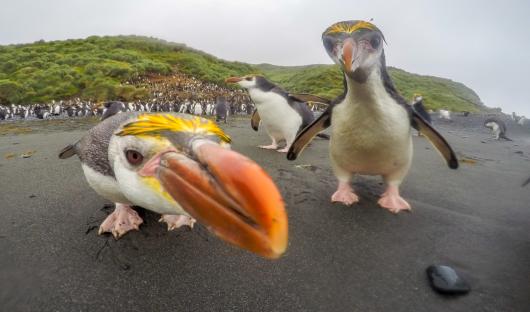 The Wake of Scott & Shackleton to Christchurch

The Wake of Scott & Shackleton to Invercargill

Plan My Trip
Call us today to discuss your holiday to Antarctica and the Subantarctic Islands
We use cookies on our website to give you the most relevant experience by remembering your preferences and repeat visits. By clicking “Accept”, you consent to the use of all the cookies.
.
Cookie SettingsAccept
Manage consent