Hailing as the world’s first hybrid luxury polar exploration vessel, the Le Commandant Charcot combines the top tier of luxury with sustainable development at the heart of the design. Equipped with 135 luxury staterooms featuring elegant and warm stone, wood and leather detailing’s to reflect the natural environment that the ship will be sailing in, the Le Commandant Charcot is setting a new level for opulence in the polar regions. Guests are spoilt for choice when it comes to places to relax and unwind on-board with an abundance of social areas to choose from ranging from two pools (indoor and outdoor), a beauty corner, theater, three different lounges, multiple reception areas and different restaurants to choose from. 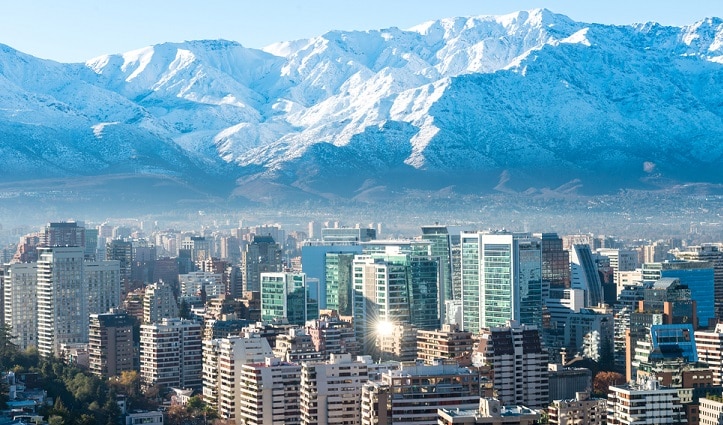 -One night’s accomodation in Santiago in 5* hotel

-Transfer and meals as detailed

Capital of Argentina’s Tierra del Fuego province, Ushuaia is considered the gateway to the White Continent and the South Pole. Nicknamed “El fin del mundo” by the Argentinian people, this city at the end of the world nestles in the shelter of mountains surrounded by fertile plains that the wildlife seem to have chosen as the ultimate sanctuary. With its exceptional site, where the Andes plunge straight into the sea, Ushuaia is one of the most fascinating places on earth, its very name evocative of journeys to the unlikely and the inaccessible.

Use your days spent in the Drake Passage to familiarise yourself with your ship and deepen your knowledge of the Antarctic. The Expedition Leader will first present the IAATO rules of conduct that must be observed during landings in the region and will explain everything you need to know about the Zodiac outings. Lectures about the history and wildlife of the Antarctic will be an opportunity for you to learn more about this magical region, where every cruise is a unique experience. From the ship’s bridge, you will experience exceptional sailing moments before joining the naturalist-guides on your ship’s exterior decks to look out for albatrosses, cape petrels, and other seabirds flying over the Drake Passage. 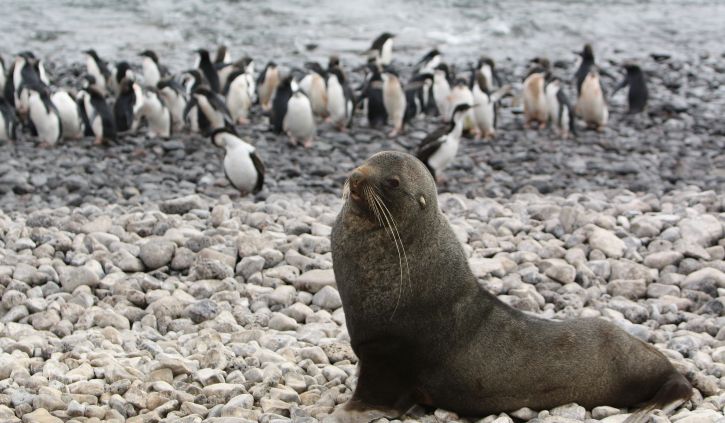 Lying close to the northwestern tip of the Antarctic Peninsula, separated by the Bransfield Strait, the South Shetland Islands fall under the jurisdiction of the Antarctic Treaty, suspending claims on their sovereignty. Several countries maintain research bases here, and with plump elephant seals, and crowds of Gentoo, Chinstrap and Adelie Penguins also calling the islands home, it can even feel a little crowded at times. King George Island is the largest and most hospitable island, hosting the majority of the research stations – some of which are populated all-year-round by tiny, hardy crews. Don’t be fooled though, these islands offer extraordinary adventure in one of the most remote locations on earth. The triple peaks of Mount Foster tower above the archipelago, and you’ll feel your heart pumping a little quicker, as you sail into the core of Deception Island’s magnificent collapsed volcano caldera. Hike the luna landscapes within, and even dip into the improbably warm, geothermally-heated waters of Pendulum Cove. Elephant Island, meanwhile, is written deep into the annals of Antarctic expedition legend, as the site where Ernest Shackleton and the stricken crew of the Endurance miraculously survived a harsh Antarctic winter, in 1916. 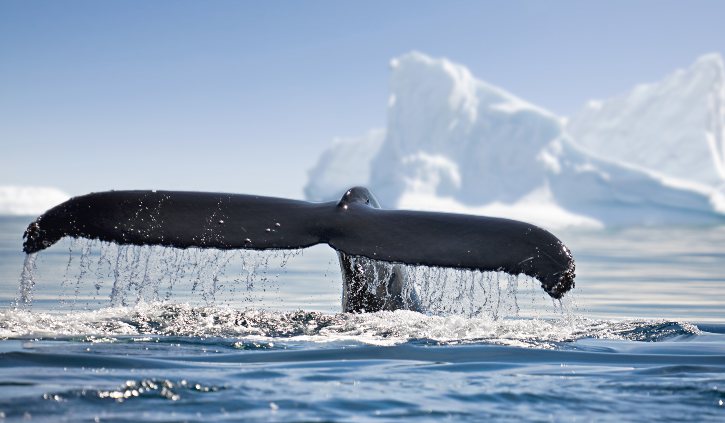 Throughout your time in the north of the Antarctic Peninsula, you will find yourself in the heart of a spectacular decor in subtle shades of blue and white, surrounded by exceptional wildlife. You will sail through the Antarctic Sound, named after Swedish explorer Otto Nordenskjöld’s ship, which was trapped by the ice during an important scientific expedition in 1902. The gateway to the Weddell Sea, this sound is filled with gigantic tabular icebergs and plates of sea ice drifting northward from the coastal areas of this vast sea. It is home to Adelie penguins and many leopard seals. 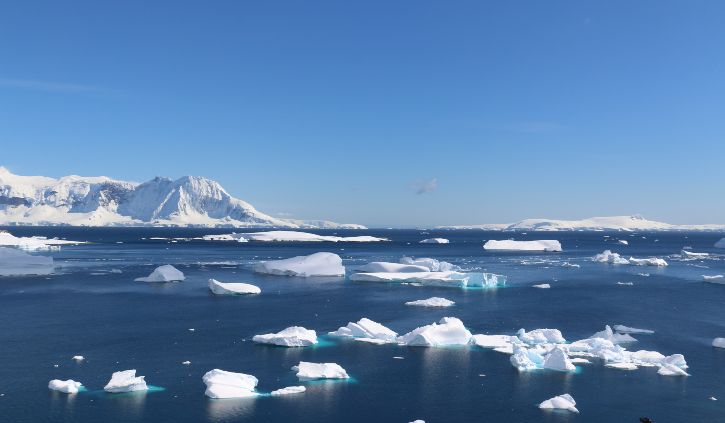 Amidst the eerie stillness of the Weddell Sea, you’ll sail your way through a veritable labyrinth of dense ice floe and majestic table icebergs. Sweeping ice platforms sculpt a landscape unlike any other, populated by fur seals, penguins, wandering albatross and other imposing seabirds. The Weddell seal, king of this realm, will welcome you to his territory with a haunting cry that pierces the surrounding silence. You’ll recognise him by his dark grey coat and spotted belly. Weddell seals have the impressive distinction of being able to stay underwater for more than an hour. 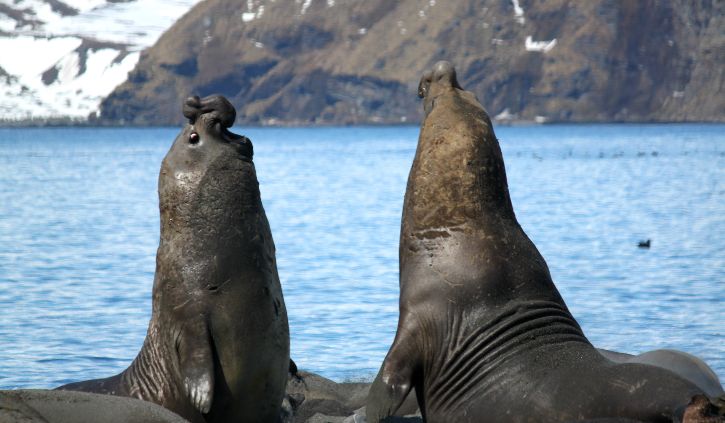 The southernmost island in the Sandwich Islands is a volcano that rises to an altitude of 700 metres. For a long time, this former military base was the source of conflicts between the British and the Argentinians, who finally took possession of the island in 1982 after the Falklands War. While you are there, you may get the chance to observe impressive elephant seals and Adelie or chinstrap penguins. 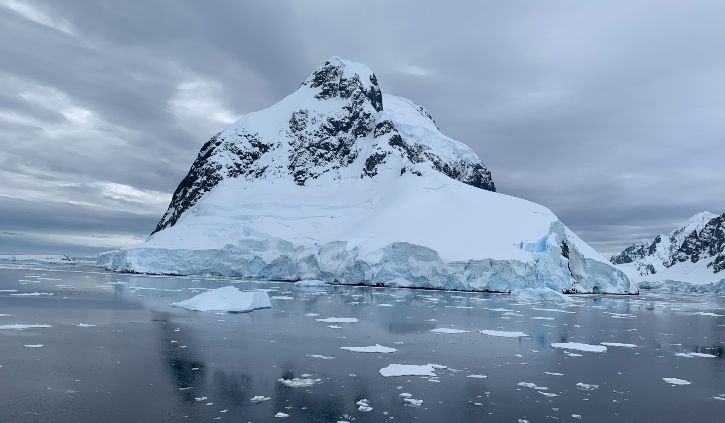 Cook Island, an uninhabited volcano buried under a thick white coat, seems to float on the surface of the ocean. There is a striking contrast between the imposing and peaceful mass of glistening ice and the brown sheer cliffs that loom over its shores. Its highest peak, Mount Harmer, rises to an altitude of 1,115 metres. This island, the largest in the Southern Thule island group, was discovered by James Cook in 1775, the first explorer to have crossed the Antarctic Circle in search of a new continent. In 1819, the Russian explorer Fabian Gottlieb von Bellingshausen christened it as a tribute to this illustrious explorer. 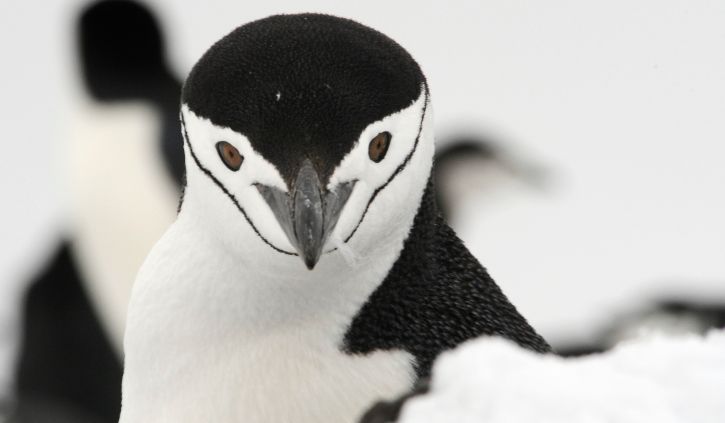 The brown volcanic silhouette of Saunders Island, overlooked by Mount Michael, which rises to an altitude of more than 900 metres, will then come into view on the horizon. The island’s frozen and rugged shores are considered very difficult to access. If you have the good fortune of being able to land in this lunar landscape, you will be able to meet chinstrap and Adelie penguins or attempt to observe the Cape petrels nesting in crevices along the cliff faces. It is one of only eight volcanoes in the world whose summit crater, with a diameter of 700 metres, contains a persistent lava lake. Its most recent eruption was in 2005. 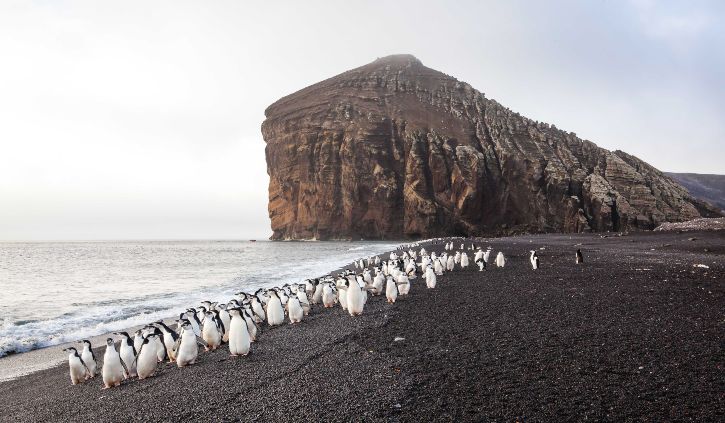 Lying in the north of this archipelago, this majestic volcanic island is often ice-free year round, unlike the islands further south. Different species can be found on either side of this bio-geographic border: Subantarctic species in the north and Antarctic species in the south. Enveloped in the warmth of the volcanic fumeroles, one of the world’s largest colonies of chinstrap penguins (over two million individuals) thrives in this ideal environment. This volcanic island was discovered in 1819 by the Russian explorer Fabian Gottlieb von Bellingshausen, who named it in honour of his ship’s captain.

Relax on board this luxurious vessel and take in the fresh air. There is plenty to do during sea days, perhaps you would like to unwind in the indoor pool surrounded by its winter garden, relax in the well-being area with sauna and Snow Room or you could simply admire the vastness of the ocean from the panoramic bar. 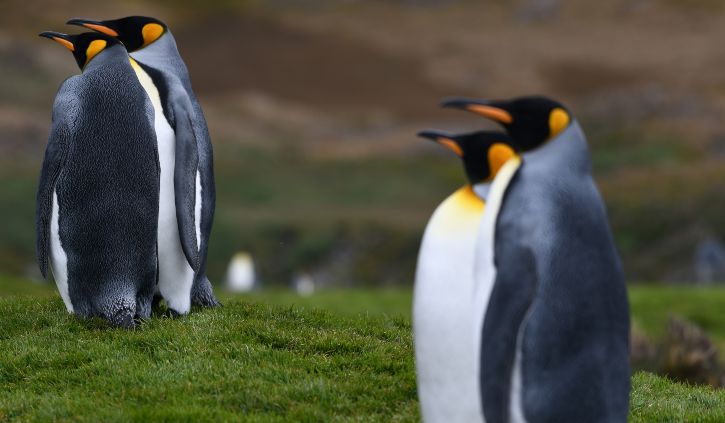 Discover South Georgia, a region formed by an underwater mountain chain that extends from the Andes to the Antarctic Peninsula. All the wildlife of the Far South can be found here: king and Gentoo penguins, elephant seals, fur seals… You might get the chance to discover the majestic glaciers of Gold Harbour and the vast plains of Fortuna Bay. If you are fortunate enough to land at Salisbury Plain, you can expect a wonderful spectacle: more than 300,000 king penguins, which you will recognise by the bright orange mark on their head and neck, have taken up residence there.

Relax on board this luxurious vessel and take in the fresh air. There is plenty to do during sea days. Take advantage of the on-board lectures and opportunities for discussions with the specialists about all the places and wildlife you have seen on your voyage or perhaps you would like to unwind in the indoor pool surrounded by its winter garden, relax in the well-being area with sauna and Snow Room or you could simply admire the vastness of the ocean from the panoramic bar.

Perched on the far southern tip of Uruguay, Montevideo is a white city, and one of the loveliest capital cities of South America. Come and admire the beautiful historical remains dating from Spanish rule; you’ll find the most interesting within the Cuidad Vieja, formerly fortified, its old town dates from the 18th century. The best preserved are the cathedral and the former governmental palace of the Cabildo, both listed historical monuments. In the crook of a vast blue bay, the city is also blessed with beautiful beaches.