Explore the natural beauty of Tasmania on this Tasmania South East Coast cruise. Journey along the dramatic dolerite archways and caverns of the Tasman Peninsula, discover the rugged beauty of South Bruny Island, and explore historic Recherche Bay. Round South East Cape to delight in remote New Harbour, and visit the southernmost lighthouse in Australia at the Maatsuyker Island. Stroll along the white sands of the Freycinet Peninsula and experience the granitic beauty of Flinders Islands’ Strzelecki Peaks. Discover the rich natural and human history of the far-flung Kent Island Group and the tall eucalypt forests of Maria Island, marvel at ‘painted’ cliffs, or seek out some of the wildlife that calls it home – from Bennett’s wallabies and wombats, to potoroos, pademelons and penguins. Enjoy the raucousness of an Australian fur seal colony’s rocky haul-out and Cape Barren geese, and witness the magnificent sight of a soaring albatross in the skies above you. 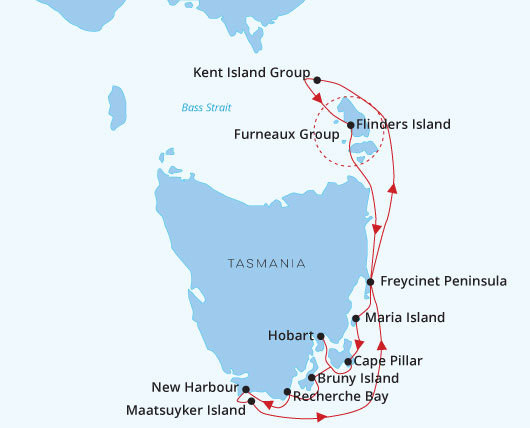 The Greg Mortimer commenced her first season in November 2019, she is purpose built, polar expedition vessel designed in close consultation with Antarctic expedition specialists and is the first expedition cruise ship designed with the ULSTEIN X-BOW hull. This cutting edge nautical technology allows for gentle travel and motion at sea, improved comfort and safety on-board, reduced vibrations, lower fuel consumption, lower air emissions and virtual anchoring which means the ship can float anchor-less while launching the Zodiacs without disturbing delicate sea floor areas. There are four sea-level launching platforms for fast and efficient access to and from Zodiacs.

Up to 132 guests will be accommodated in staterooms all with en-suite facilities. The ship has custom-built hydraulic platforms offering guests unobstructed views, a dedicated activity platform and an indoor observation lounge with unobstructed panoramic views. The outdoor top deck allows for 360 degree views. The Greg Mortimer will set a new level in luxury and expedition cruising focusing on multiple landings, flexible itineraries and environmental sensitivity. 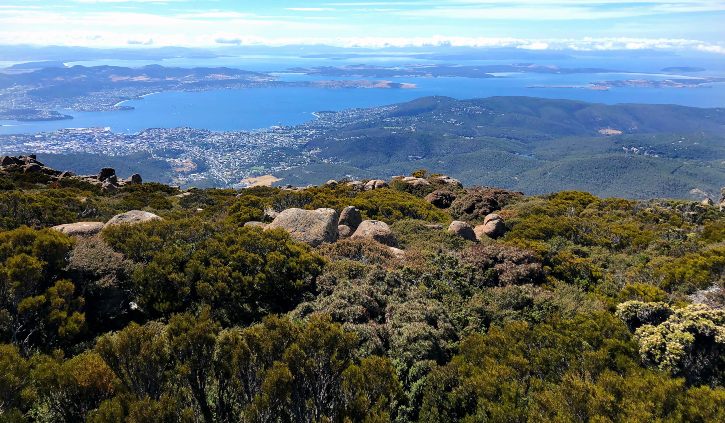 Arrive in Hobart where you will be met and transferred to your hotel the Crowne Plaza Hobart. In the evening enjoy a light refreshment as you meet your fellow expeditioners and attend a pre expedition briefing. Then set out to enjoy dinner at one of Hobart’s many restaurants. Dinner not included in voyage cost. 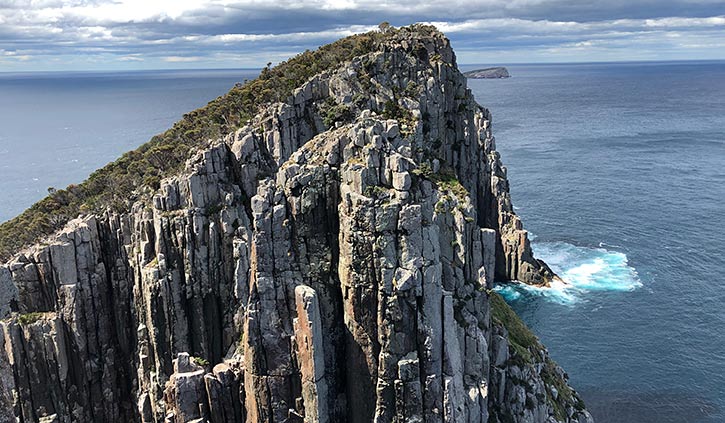 After breakfast enjoy a city tour (approx 2 hours) giving you insight into this historical city. In the afternoon you’re welcomed aboard the Greg Mortimer and shown your cabin before mandatory safety drills are carried out. Enjoy a welcome drink and meet fellow expeditioners at our voyage briefing this evening. Leaving Hobart, we sail past the impressive cliffs of Cape Pillar and Tasman Island’s dramatic dolerite columns rising from the sea. 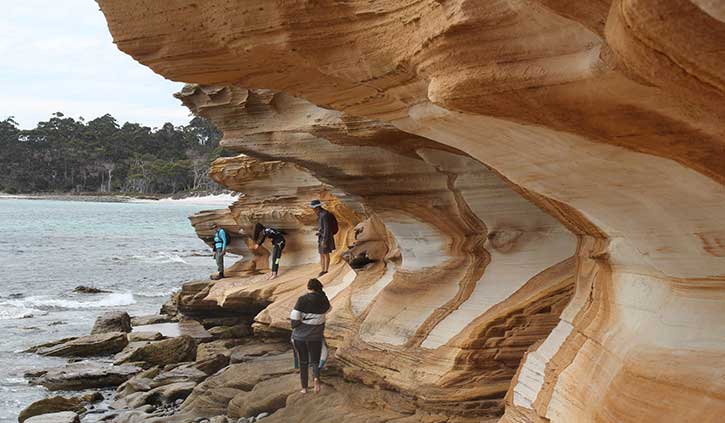 From the comfort of your floating base camp, make your first forays to the picturesque Cloudy Bay at South Bruny Island. Enjoy picturesque coastal walks through flowering heathlands and eucalypt forests, a more leisurely stroll on long stretches of pristine sand, or a more active tramp up the headland for sweeping views of Cloudy Bay and beyond to the Southern Ranges. Keep an eye out to our starboard for views of Cape Bruny’s historic lighthouse as we sail towards the extreme south-eastern corner of Tasmania, and the staging post for our afternoon’s adventures.

The idyll of Recherche Bay offered French explorer, Bruni D’Entrecasteaux, refuge, replenishment, and scientific discovery. Learn more about his exploits, including the well-documented, amicable encounters and mutual observation between the expedition members and the indigenous Lylequonny people. Enjoy a hike towards the extreme southern tip of Tasmania or towards Fishers Point past the impressive bronze whale sculpture that commemorates the area’s early whaling history. 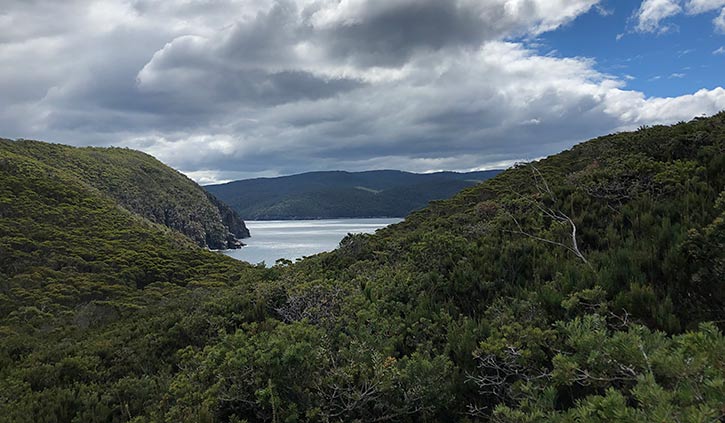 Having rounded South East Cape, experience untamed wilderness of Southwest National Park from the shores of New Harbour with various walking and Zodiac-cruising options. Perhaps explore a short section of the famed South Coast track, or simply revel in the isolation and wildness of this remote and windswept shores.

From the comfort of the ‘mother ship’, enjoy a ship cruise at the Maatsuyker Island Group. Spy Australia’s most southerly lighthouse at Maatsuyker Island, and delight in the majesty of soaring shy albatross in the skies above Mewstone Island before returning northwards. 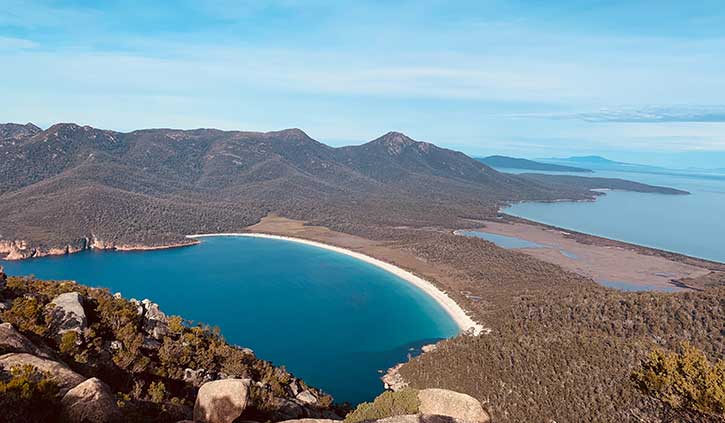 The striking scenery of Freycinet Peninsula tempts you for another day of discovery, whether you hike its towering pink granite peaks for a spectacular view, paddle its iridescent-blue waters, or stroll along a pristine white beach peppered with orange lichen-covered boulders. The surrounding wilderness is also alive with flora and fauna. On your adventures, keep an eye out for white-breasted sea eagles soaring in the skies above, Bennett’s wallabies lazing under a she-oak, the local pod of bottle-nose dolphins, or perhaps one of the short-beaked echidnas that are sometimes seen foraging for ants in daylight hours. Weather permitting, we may also visit the nearby Schouten Island group, where gangs of fur seals can be seen vying for their favourite rocky resting place. 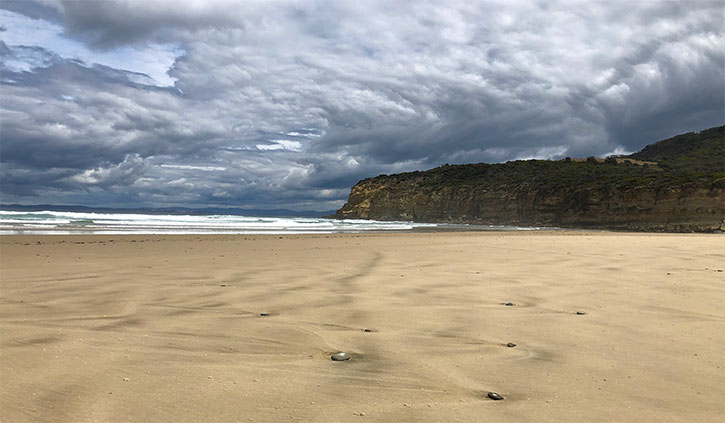 Flinders Island – called Great Island until it was renamed in the early 1800s after explorer Matthew Flinders – is the largest of Tasmania’s islands and home to Strzelecki National Park. The island offers sapphire waters, untouched beaches, a rich variety of flora and fauna, rocky ridges and towering peaks as a backdrop to your hiking, paddling or underwater adventures. 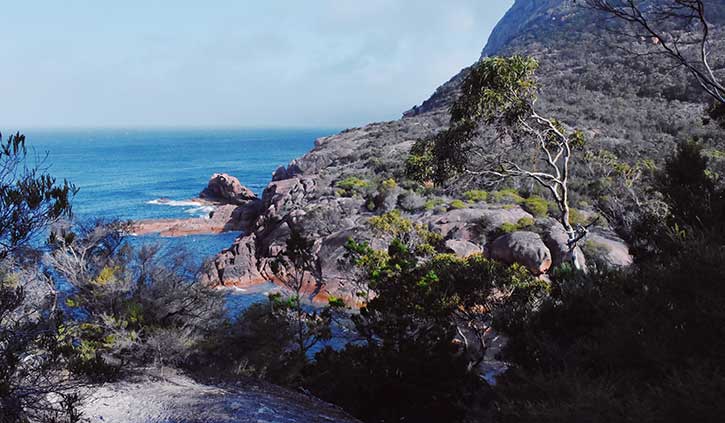 Marvel at the mystique of the far-flung Kent Islands – often missed on conventional maps – and experience its rich natural and human history. This cluster of three main islands and four smaller islets comprise Tassie’s northernmost national park. Discover the bountiful, nutrient-rich waters created by the convergence of three major ocean currents, which help feed Australia’s largest fur seal colony. Scan the shorelines and skies for sooty oystercatchers, short-tailed shearwaters, petrels and prions; contemplate the looming granite lighthouse; and discover stories of sealers, sailors and shipwrecks in the original lightkeeper’s cottage (the oldest in Australia, and now museum) run by the islands’ only two inhabitants. 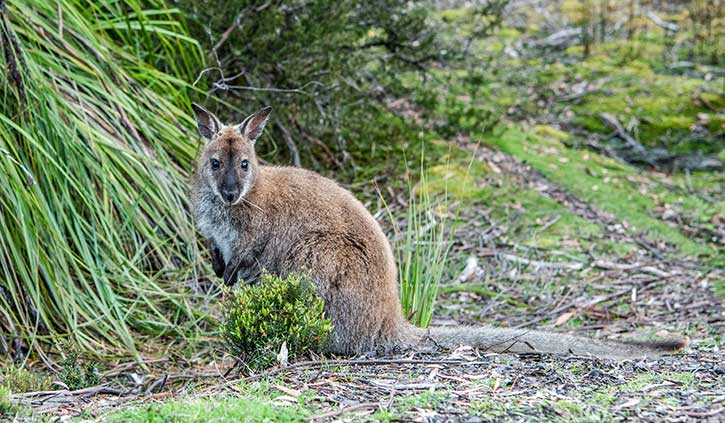 The southern shores of Flinders Island offer a range of activities. Energetic hikers may like to set off to scale the granitic beauties of the Strzelecki Peaks to experience spectacular vistas, while others might enjoy a shorter meander along the shaded foreshore of Lady Barron, or a moderate leg-stretch to the secluded beaches on the Trouser Point Walk. The crystal-clear waters and islands within Petrifaction Bay may also tempt you to take to the sea, whether it be a Zodiac-cruise, paddle or snorkel. 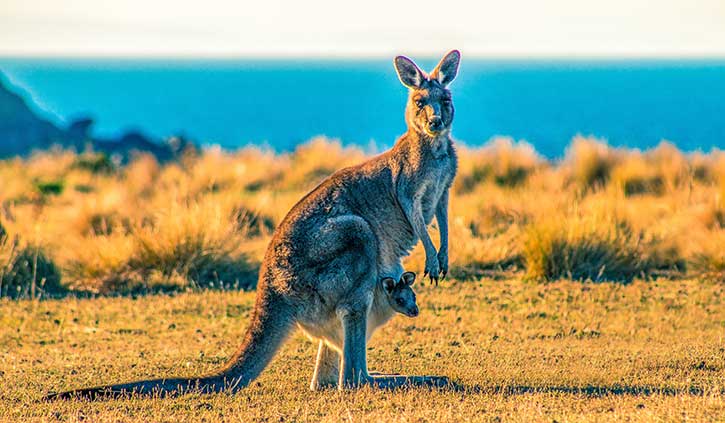 Known as Tasmania’s ‘Noah’s Ark’, Maria Island is home to an abundance of native wildlife including Bennett’s wallabies, common wombats, and rufous-bellied pademelons; as well as conservation sanctuary to a number of introduced species including the Tasmanian devil. The island is also considered one of the best places for bird watching, with a variety that includes all but one of Tassie’s endemic bird species. In addition to its natural history, the island has a rich human history stretching back over 40,000 years. The Puthikwilayti people of the Oyster Bay tribe were original custodians of the land and surrounding waters, which was later visited by European explorers, and exploited by sealers and whalers. Convict settlements, failed commercial ventures, and an eventual National Park designation are also part of the island’s antiquities. Whether you choose to explore its secluded bays and beaches, snorkel its clear waters, delight in its wildlife, or stretch your legs on a range of hiking options – through tall eucalypt forests, along exquisite coastlines, or upwards to take in the island’s stunning landscapes from its peaks – Maria Island has something special for everyone.

Back on board and as we set sail for Hobart, toast your adventures and celebrate with friends – both new and old – at our Captain’s Farewell Dinner.

In Hobart, farewell the crew, expedition team and fellow travellers before your transfer to the airport or your hotel accommodation.