24 May ‘Top Notch’ penguin in Antarctica

In March of this year I was fortunate enough to fulfil a long held ambition to travel to Antarctica.  My voyage on the Sea Spirit took me to the Antarctic Peninsula, South Georgia and the Falkland Islands.  A simple summary would be mind-blowing – truly a trip of a lifetime.  The ship and the crew were excellent I’d class the ship’s operation as a combination of Expedition and Luxury.  And voyagers next season will enjoy a little more comfort as the Sea Spirit is on her way into dry-dock for refurbishments. 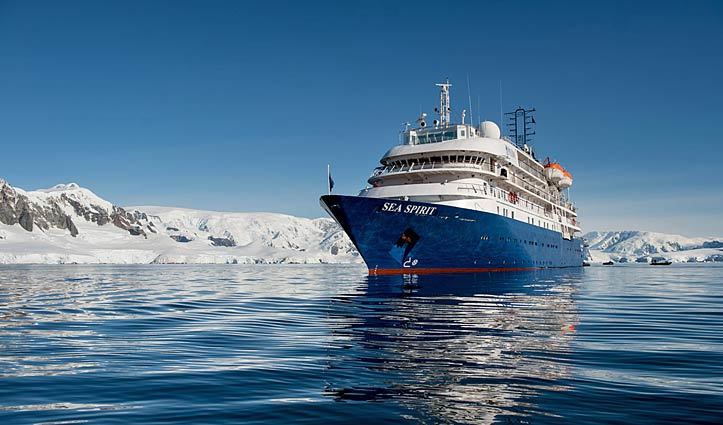 Our voyage started with the two day crossing of the Drake Passage which thankfully wasn’t too rough; with plenty of time for presentations about what to do and what we might see when we reached the Antarctic Peninsula; the arm that stretches out to the north towards South America, it’s also where most of Antarctica’s wildlife breeds during the short summer (November to March). There are too many highlights to cover them all here, and the seven species of penguin definitely deserve a mention. 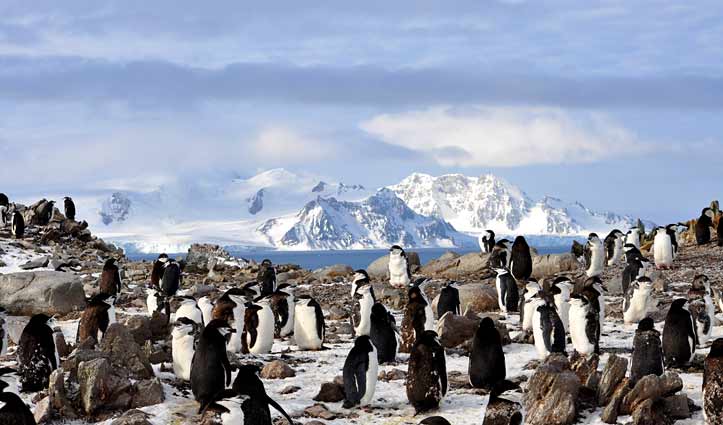 Of the three penguin species you’re likely to see on the Peninsula (Gentoo, Adelie and Chinstrap) it was the young Gentoos that provided the most entertainment for all of us.  In late February the rush is on for the young to feed, grow and to lose their down (which is not water resistant and would drown them if they had to go to sea before all their adult ‘feathers’ were in place).  With feeding being so important we often witnessed chubby adolescent penguins chasing their parents around the colony begging for another meal.  Being birds of the sea, such chases often resulted in slips and tumbles which are very humorous to watch. Note: one or two voyages a season may see a King or an Emperor but this is rare.

Whilst watching their antics I overheard  one of my fellow passengers ask ‘is that another species of penguin’ (they were looking at a young gentoo that hadn’t quite lost all of its down – it was sporting a very snazzy looking fluffy crown of down) the guide quickly suggested ‘yes that’s a top-notch penguin’, before making clear it was a joke and explaining although slightly bigger than the adult Gentoo it was in fact this year’s young with a little of its down still to be replaced.  Sometimes in pays to know which species you’re looking at; whilst not as easy to identify as the Chinstrap, which have a black line under their chin (a ‘chin strap’) – Gentoos have a white patch just above/behind their eyes and Adelies, an all-black head with a white ring around their eye.

After the Antarctic Peninsula we headed north to South Georgia and later the Falklands where we saw four more species of penguins: King, Macaroni, Magellanic & Rock-hopper. Take a look at our simple summary of which penguin you’ll see where.

I’ve put together a small gallery of images from my journey – as I started – truly a trip of a lifetime and I look forward to sharing my new found knowledge with you to help plan a perfect Antarctic trip for you.

To discover more about Antarctica, South Georgia, Falkland Islands and South America, stay up to date on any special offers and new season releases, sign up to our email newsletter.