13 Aug In the footsteps of Shackleton

In the footsteps of Shackleton 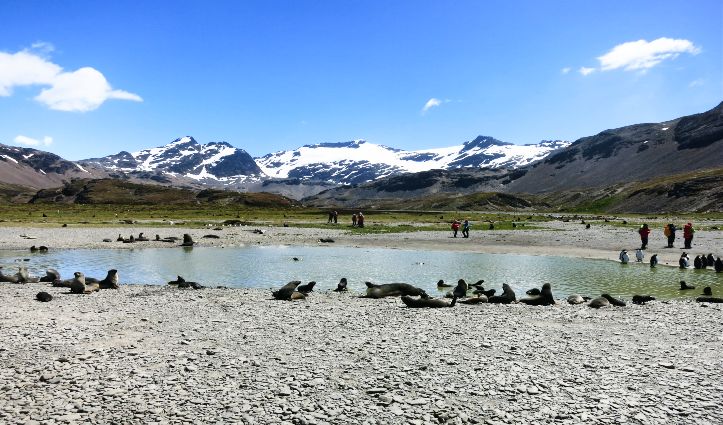 During the 2018-19 Antarctic Season I was lucky enough to enjoy a wonderful trip travelling to South Georgia, the Falkland Islands and the beautiful white continent, Antarctica. To look back and choose the most memorable experience is an extremely difficult task as the magnitude and beauty of these locations is incomparable. However, if I had to isolate a single experience, it would be following in the footsteps of Sir Ernest Shackleton by hiking the last leg of his heroic journey across South Georgia. 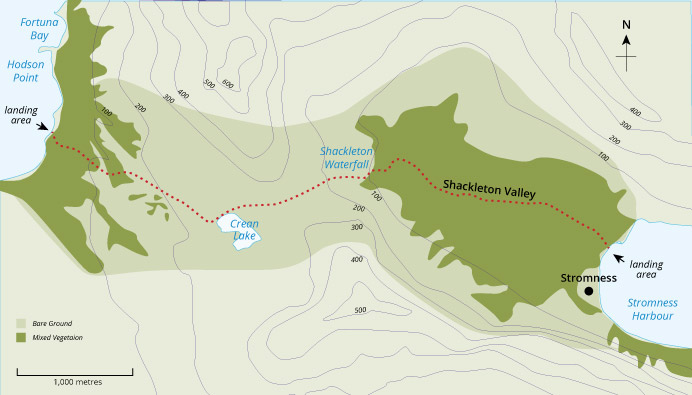 For those of you who have not heard of the legendary Ernest Shackleton, he was an Antarctic Explorer who had many successful voyages, however the most notable was his 1914-16 journey which shows the incredible strength of the human spirit. Shackleton and his crew set sail from South Georgia heading to Antarctica where his expedition ship, the Endurance struck tragedy as it was trapped in sea ice for 10 months before being crushed in the pack ice. Members of the expedition team then drifted on ice floes for five months before escaping in boats (which acted as their shelter) to Elephant Island gaining sustenance from seal meat, penguins and their dogs. When they regained strength Shackleton left with five of his men whom sailed the 1,300km to South Georgia in a whale boat, taking 16 days to reach South Georgia. Upon their arrival they made the first crossing of the island to seek aid and return to Elephant Island to rescue the rest of the crew. It took them four separate relief expeditions and four months to get back to the rest of the group. Of this incredible test of survival, remarkably not one of Shackleton’s crew died.

Timeline of Shackleton’s famous voyage: on the Endurance, James Caird and Yelcho (the tug Shackleton loaned from the Chilean Government to rescue his men).

On this voyage guests were offered the opportunity to complete the last leg of Shackleton’s journey, a 6km hike from Fortuna Bay to Stromness, and I was keen to participate. After sailing from the Falkland Islands across the Antarctic Convergence to South Georgia, finally the time had come to disembark with the 39 other enthusiastic hikers and set out into the wilderness of South Georgia. Soon we were retracing the final part of the trek Shackleton and his men had made after their epic crossing of the Scotia Sea from Elephant Island. We began the walk from Fortuna Bay, with our goal of reaching Stromness Whaling Station in Stromness Bay. The hike up to the beach was very steep, first up through the tussock grass; all the while keeping a very keen eye out for any territorial Antarctic fur seals, then onto a dry exposed valley where the wind was howling. 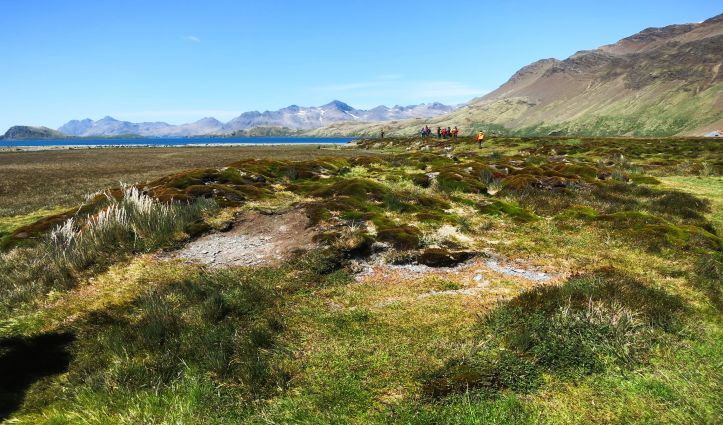 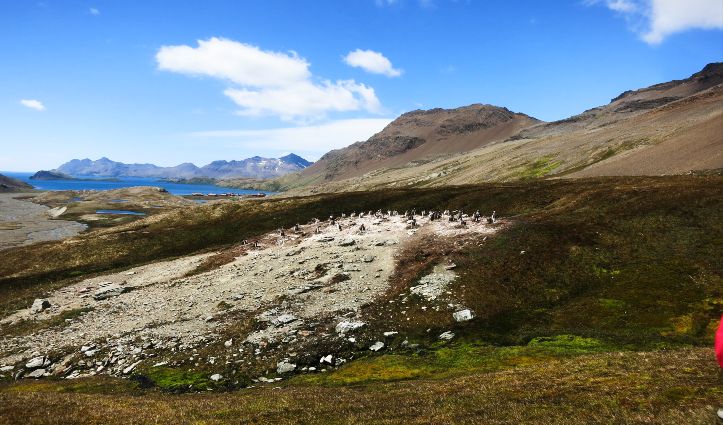 We then continued on to Crean Lake where we regrouped for a brief but well-earned rest all the while enjoying the vast and panoramic views down the valley before finally continuing on to ‘Shackleton’s waterfall’. The next part of the hike was probably the most challenging, even though it was downhill. It was steep with a lot of loose scree all the way to the base of the waterfall (a drop of maybe 50 metres). The landscape of the river bed was quite different to what we had just traversed, more arid and also flat. 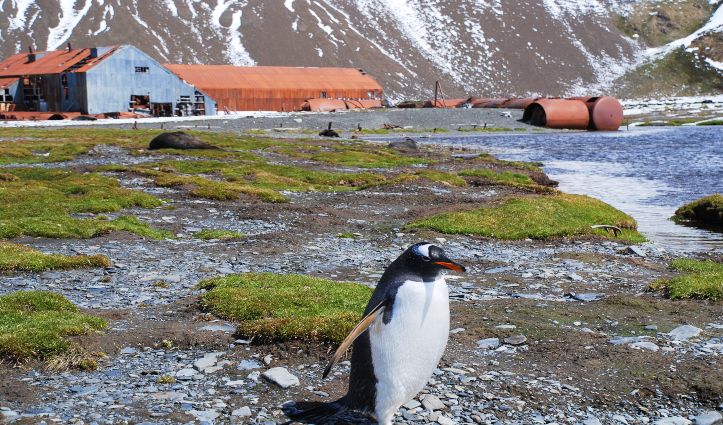 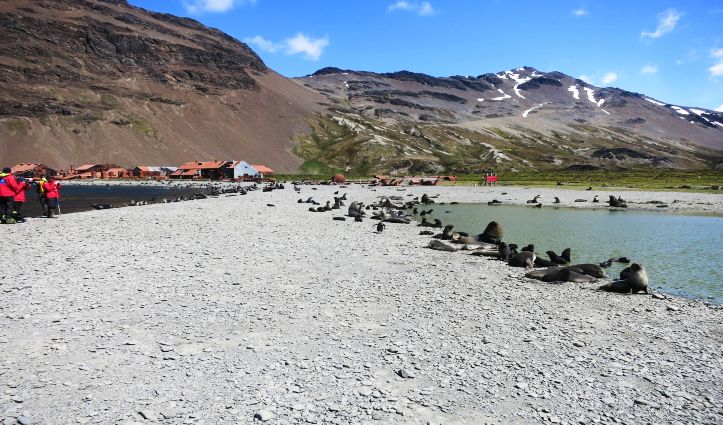 We followed the edge of the crystal clear river which flowed between banks covered with vibrant green moss. There were more fur seals here, but they were either huddled-up out of the wind or bathing in the fresh, extremely cold, water. When our ship came into view, we knew we had made it to Stromness Bay, a coastline covered with noisy fur seals and penguins (King & gentoo). Stromness was an active whaling station until 1931 before finally being abandoned in 1961. The site of the whaling station itself is no longer accessible because of the dangerous state of the rusty old buildings and machinery. It was here that Shackleton and his men recovered from their journey before moving to Grytviken where he started arranging the rescue of his men on Elephant Island.

Once we had made it down to Stromness Bay, we were greeted by the rest of the expedition crew and were soon back on board the warm and very comfortable RCGS Resolute – how things have changed since Shackleton’s epic journey! What an honour it was to be able to walk in the footsteps of the legendary Shackleton.

If you would like to retrace the legendary Shackleton’s footsteps yourself (weather permitting!) please contact us on 1300 784 794 or email contact@antarcticatravelcentre.com.au